Sydney was born at 7:16 AM on a beautiful September day. She was perfect; warm and squishy and she felt just right in my arms. Perfection.

Weeks after Sydney was born, her perfect health gave way to a host of problems. She developed a persistent rash that spanned from head to toe, and she had a horrible case of cradle cap that oozed and smelled. I was beside myself with worry and my pediatrician’s attempts to diagnose didn’t hit the mark.

She continued to suffer and I continued to worry. A month later she was diagnosed with eczema and they sent us on our way, steroid prescription in hand. I suspected there were other issues at play, but I was a tired and overwhelmed mother of two children under the age of two, so I gave her the medicine and brushed the nagging sensation that something else was wrong under the rug.

The coming months brought frustration and heartache. Her angry skin was constantly itching and seldom clear of a rash or hives. Each night ended with her crying tears of pain and frustration and me slathering her skin with Vaseline and steroid cream (per the instructions of her dermatologist). Many nights I stayed in bed with her until she fell asleep so she wouldn’t scratch her skin bloody. It was truly heartbreaking to see this child who was so full of life and spunk suffer so miserably.

Why the first two doctors we saw didn’t think to test her for allergies is a mystery to me, but as she got older, we began to see patterns emerge. When she played in the grass or rolled around on the carpet the rash and hives would appear, and her nose would stuff up if we turned the fan on in her room. This was not eczema. She had allergies!

I began researching natural remedies for allergies and came across a type of allergy elimination acupuncture called NAET. I found a practitioner nearby and, fingers crossed, I took her in when she was almost three. The treatment process sounded sort-of whacky and “out-there”, as it involved muscle testing and small vials of liquid for diagnostics, but after one treatment, I was completely sold.

The first visit addressed her grass allergy, and after her treatment, we were told to avoid coming into contact with grass for the next 24-hour period. We followed protocol and when time was up, I couldn’t wait to see what would happen. I took Sydney into our yard and had her walk around and sit in the grass. No hives, no itching. She played outside all day with zero problems. I seriously could not believe what was happening – it seemed way too good to be true. For good measure, I pulled a handful of grass from the dirt and rubbed it vigorously on her leg, expecting to see the tiny welts rise to the surface.
NOTHING! Not one hive.

We’ve used NAET for a number of things and her skin problems have vastly improved. She’s been treated for dogs and cats and now has very few problems with rashes or hives. We go in for a touch-up visit every two or three years because the treatments wear off, but the gratitude and relief I feel is immense. Not only can she exist in a world full of things that once caused her pain and suffering, but she can also avoid taking medicine for the rest of her life. What a blessing. 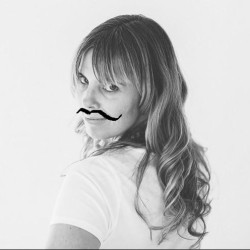 Jill Pond
Author at Totally Inappropriate Mom
Jill is a freelance writer, sexual health educator, and mother of two girls. Her writing, which explores the nuances of parenthood, women’s issues, and sweary, inappropriate humor, seeks to facilitate change, challenge the norm, and bring laughter into the world. Her life-uncensored philosophy drives her stories and her stories chronicle the thoughts and feelings that define who she is on that particular day. She blogs at Totally Inappropriate Mom and can be found on Facebook and Twitter as well.