How We Make It Through Our Lives With a Dairy Allergy

Like most parents, we had no idea that introducing my son to the wonderful world of yogurt sometime near the end of my son’s first year would end up introducing us to the dreaded dairy allergy world. He was so delighted by it he thanked us with a diarrhea diaper blow out. Followed by a full week of diarrhea. Being as I’m so careful with introducing new foods, I immediately chalked it up to the dairy and stopped giving it to him for awhile. But my second attempt a few weeks later was no more successful.

Around that same time we were battling a bad case of eczema on his neck. The patches were so bad that he was scratching until he bled in his sleep. No amount of Aquaphor helped the patches so when we were at the pediatrician for his one-year well check we brought up both situations.

The doctor was unconcerned about it being a dairy allergy. He suggested we try the dairy again in a few months, not recommending allergy testing at that time because most young kids outgrow any milk allergies by the age of two. For the eczema, he suggested Cortizone cream and offered prescription strength if over the counter didn’t work. Which it didn’t.

After weeks of slathering my boy in creams with no change in the patches and watching him incessantly itch, I confided my frustration in a friend. She told me of her nephews who also had bad eczema that was triggered by wheat and corn. We hadn’t introduced wheat yet so I knew that wasn’t the trigger.

I immediately cut him off of all corn and with two days the eczema patches were gone. Not healing or lessening or lightening, gone. In less than two days after weeks and weeks of creams and frustration.

That is when I became a label reader. Nothing with dairy. But that’s pretty easy, milk is one of the eight allergens that have been required to be disclosed on all food labels since 2006. Corn, however, is not.

I spent what felt like my entire life reading labels, line by line, ensuring there was no corn in anything I gave him.Click To Tweet

I spent what felt like my entire life reading labels, line by line, ensuring there was no corn in anything I gave him. No cornmeal, cornstarch, corn oil, no corn of any kind because I had no idea how much was too much or what corn products might cause the scaly patches to come back.

Eating out was a nightmare. We tried to stick to restaurants that had their ingredients available online and that we were familiar with. He ate the same things every time, just to be safe. Ordering something simple (like pasta with sauce on the side or bean burrito, no cheese) often came out wrong and had to be sent back to the kitchen leaving us with a hungry and frustrated toddler who would fill up on snacks and leave my diaper bag barren before his meal returned.

By his second birthday, we were still limiting everything and the few times he accidentally got into some dairy the week of horrible diapers returned. The pediatrician still reassured us he should outgrow it and because we could easily control his reaction with diet and it wasn’t a severe reaction, we again waited on allergy testing.

Around the time he was two-and-a-half, we started allowing him corn in things. No whole kernel corn, corn bread, corn chips, corn puffs or the like but other things with corn starch, oil and the like didn’t seem to bother him. In fact, he’s only had one eczema flare up since we took corn out of his diet and that was after trying corn on the cob, but he is okay with moderate amounts of corn chips and other corn meal products.

The dairy, however, has persisted. A momentary lapse of judgment and allowing him a sip of my fresh strawberry milkshake during a special event while potty training sent him back into his diarrhea tailspin.

He is three now and like the corn, is finally able to have milk in things. I no longer have to read bread labels or granola bar boxes or scour the internet for restaurant ingredient lists. So long as it isn’t milk, cream, cheese or butter based, he does okay and feeding his has become easier especially as he’s gotten older and started to notice his things are different. We can live with a dairy allergy.

But luckily our little guy is wise beyond his years and incredibly understanding of his situation. He doesn’t get upset when his sisters get something he can’t have, simply asking “that have butter in it?” And over time, we’ve found non-dairy substitutions that don’t bother his tummy and help keep him from feeling like he’s missing out and he now asks specifically for his special things and grabs them out of the fridge when he knows I’ll need them.

These have become are our on-hand dairy substitute staples:

I usually buy whichever is cheapest and rotate through the three. He doesn’t drink these milks from a cup, we just stick to water, but use these milk substitutes on his cereal. I also use it for baking and cooking whenever possible.

His allergy/intolerance seems limited to cow’s products, goat products don’t seem to bother his system at all. We use the yogurt as yogurt with things like granola and fresh fruit and also in place of sour cream on things such as tacos and baked potatoes.

Like goat products, sheep products don’t seem to bother his tummy either so I try to keep a block of either one around for shredding or slicing for things like sandwiches. I also started ordering him a cheese-free pizza with his favorite toppings when we do family pizza night then add his cheese on top and freeze the extra slices for future pizza nights.

We use the softer, spreadable goat’s cheese logs in place of cream cheese on bagels and for making mac’n’cheese.

Our little Dude’s food sensitivities certainly haven’t been easy to manage, in fact, it’s been one of my biggest mommy struggles over four kids and eight years but we’ve all come to understand his needs and found creative ways to work around them without feeling like we’re missing out on the things we love. 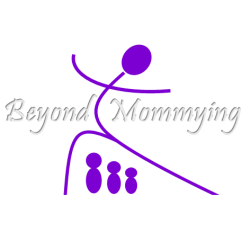 Melissa Roy
Author at Beyond Mommying
Melissa is a homeschooling, ballerina mommy of four and lives by the motto “Life is never boring when you’re never alone, but I know somewhere out there, there is life Beyond Mommying!” She shares her parenting adventures on her blog Beyond Mommying. You can also find her on Facebook, Twitter, Pinterest and Instagram.